Plastic waste as a valuable resource for the construction industry

These Habitat for Humanity houses are providing low-cost housing for hundreds of local families. Copyright: CRDC

The Center for Regenerative Design and Collaboration (CRDC) in Costa Rica aims to turn plastic waste into a valuable resource for the construction industry.

Donald Thomson, founder and chairman of the Center for Regenerative Design and Collaboration (CRDC) is a 62-year-old, Canadian-born builder, entrepreneur and self-taught designer who moved to Costa Rica with his wife, Terry-Lee, more than 30 years ago. He has been focused for decades on not only improving his country's  environment but on trying to create affordable housing across Latin America. 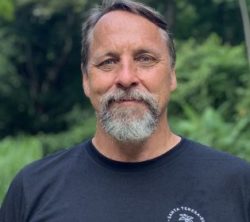 Donald Thomson, founder and chairman of the Center for Regenerative Design and Collaboration. Copyright: CRDC

Those efforts have yielded a patented process that takes all types of discarded and often dirty plastic (resins #1-7) from industrial, municipal and environmental waste streams, and transforms it into a polymer that can be added to concrete to make it stronger and lighter, with better insulation values. They call the resulting material Resin8™, which Thomson notes is "the only material from plastic waste to improve the performance of structural concrete products and earn acceptance from the construction industry."

This Resin8™ aggregate is made from all types of mixed, often dirty, plastics waste and then used to modify concrete to improve its properties. Copyright: CRDC

It can be used in structural or non-structural concrete applications, and in "poured in place" concrete. Thomson calls Resin8 a "visually benign, lightweight eco-aggregate," whose unique thermal properties make it an effective building insulation product. This contributes to the reduction of building energy use, improves climate resiliency, and supports net-zero goals over time through accumulated energy savings. The material exhibits no leaching, abrasion or micro-plastic release after its use in concrete and is fully circular at the end of its concrete life. It can be crushed and reused and has a low embodied energy production footprint.

CRDC shreds the waste plastic, and batches it according to bulk density. That plastic is then "pre-conditioned" during a waterless stage that eliminates odors. That pre-conditioned mixture is melted during a heated extrusion stage that produces an inert hybrid mineral-polymer. And the bulk Resin8 is then granulated into the size, shape and gradation required by standard concrete mix designs. The resulting lightweight synthetic aggregate easily blends with concrete and enhances many of its physical properties.

Another way to construct buildings from plastic waste is being used in Indonesia: Block Solutions is combining mixed recycled polypropylene (PP) and other plastics with wood-fiber byproducts to produce a biocomposite. It then is injection molding this material to produce large, Lego-like blocks that snap together.

AEPW gets behind the program

Thomson's ongoing efforts have now caught the eye of the nonprofit, Washington, D.C.-based Alliance to End Plastic Waste (AEPW), which recently agreed to support CRDC’s efforts. Using a low-interest, multimillion-dollar loan from AEPW, Thomson and his team will build a new, 14,000-square-foot plant in York, Pa., that will use CRDC’s patented process. At the same time, some of that money also will be used to allow CRDC to ramp up Resin8 output at its pilot facility in San José, Costa Rica, to full production. The firm also is operating a pilot facility in Capetown, South Africa.

With the additional funding, CRDC will be able to boost the Costa Rican plant's output from half a ton a day to 4.5 tons per hour, Thomson said. Between the two locations, once they are both running at full capacity, Thomson said he expects CRDC to be able to process a combined 26,400 tons of plastic waste a year and turn it into Resin8. He notes that Resin8 can account for between 2 and 10 percent of the concrete mix for use in structural applications, and for up to 30 percent for non-structural uses.

The blocks made by Pedregal have been used to construct some 700 Habitat for Humanity homes in Costa Rica so far. Copyright: CRDC

Founded in 2018, CRDC is a rapidly scaling international company with operations in Costa Rica, the U.S., South Africa, the U.K., Mexico, Australia, New Zealand, Hong Kong and Samoa. It has been supplying its Resin8 product for some time now to Corporación Pedregal, the large Costa Rica-based construction and concrete company, and the material has been used already to help build 700 Habitat for Humanity homes on three sites in Costa Rica.

"We're inspired by our mission to create value from the world's plastic waste," Thomson says, "and by our commitment to regenerative design – where the output is greater than the sum of the inputs – which remains at the core of our mission." 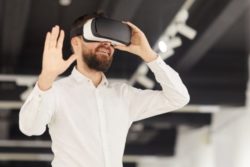 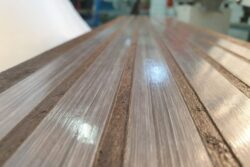