Rebirth for shampoo bottles & co: launch of the first deposit system for plastic packaging from the bathroom

Interview with Kimani Michalke, co-founder and managing director of the Berlin-based start-ups Circleback

The demand for high-quality recyclates has exceeded the supply on the market for years. So far, too much high-quality plastic is still being burned as waste instead of being recycled. The Berlin-based start-up Circleback wants to change that by setting up a deposit system for plastic packaging from the bathroom.

The first deposit machine is to be located in a grocery store on Berlin's Alexanderplatz - where it will "swallow" empty shampoo and shower gel bottles, toothpaste tubes and cream jars. The establishment of a nationwide deposit system is planned, the establishment in European countries such as Austria, Luxembourg or Turkey is the big goal.

Mr Michalke, how did the idea for your deposit system come about? 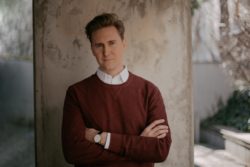 Mr Michalke, how did the idea for your deposit system come about?

Kimani Michalke: The idea came from my business partner and co-founder Brett Dickey. He built up a tourism business in Panama – a paradisiacal area, but one that is flooded with plastic waste. So he thought about what to do about this crisis and initiated local programmes like beach clean-ups. The idea: collect plastic waste and take it to the next bigger city for recycling. But it wasn't that simple, he had to realise. From this came the core for our idea, which we then developed in detail.

When did you meet?

Michalke: We met at Company Builder Beam, which builds logistics start-ups, in Berlin. That's where Brett went with his idea. I was also in contact with the company, got to know Brett, was enthusiastic about his original idea and it also worked out very well personally. So we decided to put the idea of a deposit system into practice together and started working on a concept. That was one and a half years ago.

And now the first deposit machine will soon be up and running in Berlin...

Michalke: A lot of things happen quickly with a start-up, but it took time with this complex topic. We started with validation and talked to a lot of people. With packaging engineers, with recycling experts, with cosmetics manufacturers... After more than 150 conversations, we lost count. We read quite a lot. We did studies with consumers to find out if they would return the packaging. The results were very positive overall. Then we partnered with Tomra, the world leader in deposit machines. We also found a recyclate manufacturer. And we developed an app for the return. We are currently preparing the pilot phase, the test run at three locations in Berlin: at Alexander-Platz, at Yorckstraße and at a location that is still being coordinated.

"Join us and help us keep plastic packaging in the loop. Bring back your packaging and get rewarded." Copyright: Circleback

How exactly does your deposit system work?

Michalke: It is based on the state deposit system for beverage bottles, which ensures a recycling rate of more than 90 per cent. Consumers bring their empty shampoo, body lotion and shower gel bottles to the deposit machine and receive 20 cents per plastic packaging back via the Circleback app. Our partner brands – currently CATRICE, essence, Dr. Bronner's, Guhl, i+m NATURKOSMETIK BERLIN, Kneipp, Primavera and Sebamed – pay a fee to Circleback for collecting and recycling the packaging material and receive their "own" plastic back. Our app and the database behind it tracks the packaging based on parameters such as shape or barcode, knows which material enters the system, and so we can return the equivalent amount of material to our partner brands. 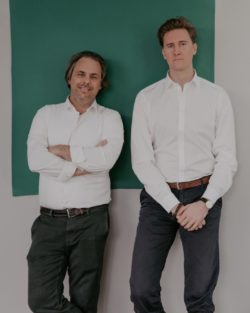 Which plastics do you take back?

Michalke: At the moment we are concentrating on packaging made of PET, HDPE, LDPE or even PP. We would like to add others like ABS if possible.

What drives you and Brett Dickey to successfully establish your idea?

Michalke: In social terms, the motto "reduce, reuse, recycle". We want to create a motivation for companies to significantly increase their recycling rate in order to keep more high-quality plastic in circulation for as long as possible and to create a true Circular Economy. The moment companies get their own packaging back, the aha effect comes and a change in thinking takes place.

Economically, we are filling a current gap in the market with Circleback: the high demand for recyclate. According to forecasts, in 2025 there will be 45 per cent less high-quality recycled plastic than is needed.

If you want to know when Circleback is in your area, you can get one-time information by entering your postcode and e-mail address at www.circleback.works/#Contact. 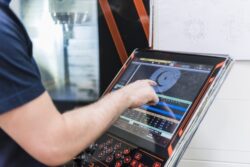 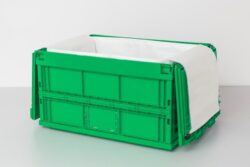