To synthesize plastic, small monomer molecules need to be strung together like beads in a necklace, creating long polymer chains. However, not all plastics – or their polymers – are created equal. The longer and stronger the polymer, the more durable the material. Cornell researchers took a middling monomer and, by using a special catalyst, they created a tougher polymer that can form long chains. The polymer can then be easily depolymerized back to the monomer state with an acid catalyst, resulting in a chemically recyclable thermoplastic that competes with the most popular plastics, polyethylene and polypropylene. The team's paper, "Chemically Recyclable Thermoplastics from Reversible-Deactivation Polymerization of Cyclic Acetals," was published in Science.

"Ideally, the perfect polymer is one that has really high initial stresses and then it undergoes really good elongation," said Geoffrey Coates, the Tisch University Professor in the College of Arts and Sciences, and the paper's senior author. "The polymers you've probably heard of, polyethylene and polypropylene, they just have great properties. A lot of new polymers don't compare well with these tried-and-true ones. Our polymer is right in the middle of the pack. It has been around for 60 or 70 years, but no one's been able to make really long chains of it and get really good properties."

In an unexpected twist, the discovery didn't emerge from conventional plastics research but rather from the Coates Group's involvement with the Joint Center for Energy Storage Research, an interdisciplinary collaboration launched by the U.S. Department of Energy to realize next-generation batteries. Coates and his team had been working to develop sustainable polymers that can be used in energy storage and conversion materials when they realized their polymer – poly(1,3-dioxolane) or PDXL – was well-suited for creating a thermoplastic – a material with properties that allow it to be melted, recycled and remolded.

The researchers built their polymer from a cyclic acetal monomer called dioxolane, which is synthesized from potentially biorenewable formaldehyde and ethylene glycol feedstocks. Polyacetals are strong candidates for creating recyclable thermoplastics because they are stable upward of 300 degrees Celsius, but depolymerize at relatively low temperatures – usually below 150 degrees Celsius – in the presence of an acid catalyst. They are also inexpensive and can be biologically sourced. However, polyacetals have not seen prior use because the polymer chains are generally too short to achieve the mechanical strength necessary for commercial applications.

"If you want to make a cup that doesn't crack when you flex it, you need to get really high molecular weight," Coates said. Using a process called reversible-deactivation cationic ring-opening polymerization, the researchers were able to connect the monomers into long chains of PDXL that have high molecular weight and high tensile strength.

The resulting thermoplastic is strong and flexible enough to be used for large-scale applications such as packaging products. The team demonstrated this potential by creating several prototype items, including protective pouches, molded packaging and inflatable air pillows of the sort Amazon uses to pad their boxes.

"Right now, nearly 40 percent of plastic is produced for packaging products that are used briefly and then disposed," Snyder said. 2PDXL has the necessary strength for packaging, but instead of throwing it away, we can collect and repurpose it using a very efficient chemical recycling process. This makes it a perfect candidate for a circular polymer economy."

The recycling process is so efficient that PDXL can even be depolymerized from complex mixtures of plastic waste. The team mixed PDXL with other commodity plastics like polyethylene terephthalate, polyethylene and polystyrene. After applying a reusable acid catalyst and heat, they were able to recover 96 percent of the pure dioxolane monomer, demonstrating that it can be easily isolated from common contaminants like dyes and plasticizers. The recovered monomer was then repolymerized to PDXL, illustrating the circularity of polyacetal chemical recycling. This points to the polymer's most significant attribute: its sustainability.

"It takes a lot of fossil fuels to make these plastics, and the carbon footprint of common polyethylene or polypropylene is really bad. So we’ve got to be better at how we make them," Coates said. "If you can have a way that you can chemically recycle the polymer, it’s not going to go in the ocean, right? And then instead of using all this energy to take oil out of the ground and break it up in little pieces and spend all this energy, all we have to do is just heat up the polymer and boom, we have a monomer again." 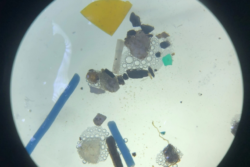 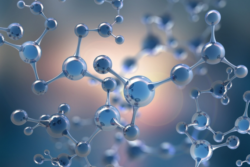